As someone who has a baby, and who sometimes posts pictures of said baby on Facebook, I feel I must address what I can only call strong feelings of resentment I have heard from various Facebook friends recently about that very practice.

Facebook is a website that asks you, every time you log in, what’s on your mind. It’s a place to tell people what you’re up to, what you’re thinking about, and what you’re doing. That’s what social media DOES.

I like all kinds of things on Facebook. I’m going to use the “you” here, Annie, and I hope you know I’m talking universally, not to YOU SPECIFICALLY (although that too), but I’ve liked pictures of what you had for dinner, some building you saw that had sunlight slanting off it, your college graduation, and your bike. I’ve liked that you’re at happy hour, that it’s Friday, and a picture of a microbrew. When you bought a house? I liked it. When your band played? I liked that too.

Furthermore, I like my baby. She’s sweet and funny and VERY photogenic. And I like when you like pictures of her. And when I post pictures of her, I am not trying to imply that she should be more important to you than your dog or your graduation or your upcoming gig or what you had for dinner. I am not trying to rub your nose in anything, because there is nothing to rub it in. I believe that, in the grand scheme of things, what you have for dinner SHOULD MATTER MORE to you than my baby.

In my mind, Facebook isn’t a place to hate on your friends, it’s a place to share what’s important to you. Right now, my life is 75% Violet, 15% my friends and family, 8% work, and 2% assorted other things, like this blog. And I think my timeline pretty accurately represents this.

Sure, I have my own “rules” about what I will and won’t do on Facebook, and how often. (I won’t go into them here, because I don’t want it to seem like I think it’s WRONG to do them, it’s just my personal preferences for my own account.) I hold back. If I had my druthers, there’d be AT LEAST a hundred more pictures of Violet.

To each his own, I guess, is what I’m saying. I post pictures of my baby because I find her delightful, and I want other people — including my cousins, my in-laws, and my faraway friends from college — to see her grow up. I hear people talking about how this age of social media has created a society where everyone overshares. I disagree. I like that I know what my best friend from college’s two-year-old daughter (whom I’ve never met) looks like. I like that I’ve seen my cousin in Florida’s dog. I like that I get to know what kind of beer my friend had last night, and what someone else ate for dinner. If it ever feels like too much, I just shut my computer.

Annie, I just want for everyone to be excited about what everyone else is up to. There are plenty of things to NOT support these days, so, if you’re given an opportunity to like something one of your friends is doing, I say do it.

CAN’T WE ALL JUST GET ALONG? 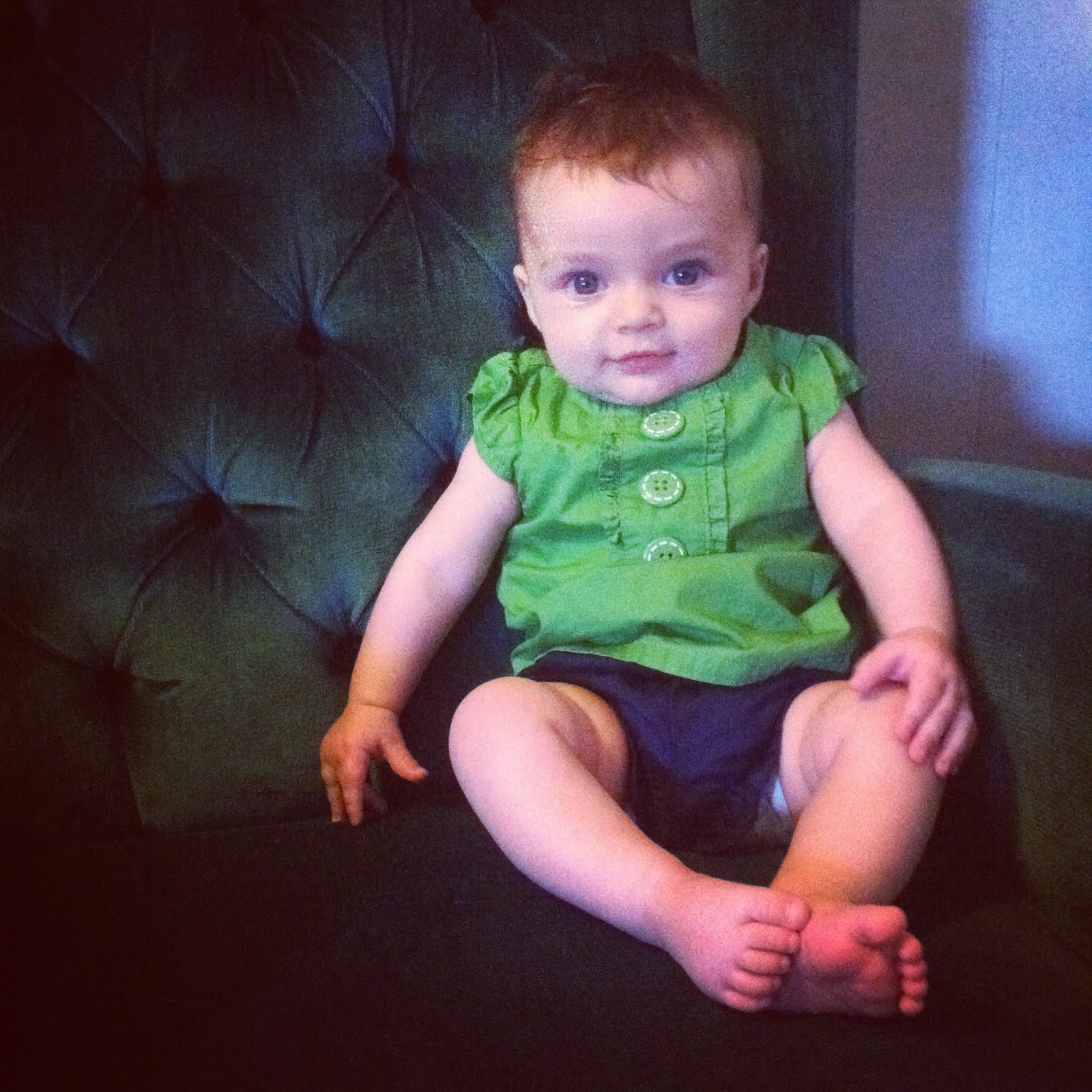 I read an article somewhere (probably on Facebook) about several studies linking social media usage to higher instances of depression and anxiety, particularly in girls and women. I don’t know how other people feel about the accuracy or science of this claim, but I can say that before I heard about this phenomenon, I had experienced it.  Oh hi, photos of ex-boyfriend’s new girlfriend, how are you?  Oh hello, wedding photos of weirdly competitive friend.  Hey, look at that, marathon you completed/shit you knitted/house you refurbished/album you released/motorcycle you built/baby you birthed/trip you took to Spain/celebrity you hung out with/attractive hi-res picture of you wearing an amazing vintage dress OH GOD I AM USELESS WHAT AM I DOING WITH MY LIFE I HAVE ACCOMPLISHED NOTHING.

Now, readers of this blog may have already gleaned that I am sometimes kind of a secret asshole.  For example, I have a few social media connections whose only function is to provide me with material to hate-read.  I find that stoking my disdain balances out the self-loathing created by other people’s perceived successes or occasional outright bragging.  It’s like how our friend Ryan used to watch Fox News just so he could get angry about something.  I am by no means advocating combating negativity with more, different negativity as a healthy way to deal with ANYTHING, but that’s just how I’m working it out these days.

And truthfully, I’m mostly fine with my lifestyle and my choices.  I think these jags of Facebook Anxiety ™ are the other end of the evil jealousy worm created by social media oversaturation: you (and by “you” I also am utilizing both the Specific and Universal “you”) show us only the best of yourself, I in turn base my idea of you on this perfected version of you, I then feel that I must present myself as better than I truly am in order to be as good as everyone else’s idealized versions of themselves, because this is how I will be judged, I then spiral into an anxious fugue state trying to figure out why I even care what anyone on the internet thinks of me in the first place when clearly everyone on the internet is giant liar, I yell “I HATE YOU” in the general direction of my laptop, I slam it shut and condemn it to the far corners of my room, where I glare at it, eating a tiny comfort bucket of Sugar-Free Jello.

The snake (it’s a snake now, sorry) swallows its own tail even further in the ever-popular Social Media Complaint Post, with which I’m sure you’re familiar: the tweet or status update that completely misses its own irony, a post that is all about how annoying other posts are. It’s often addressed in the form of a open letter to general entities: “Dear Sports Fans, I do not care about (sporting event), so STFU about (sporting event).”  Yes, well, we don’t care about your band’s Kickstarter campaign either but we are trying to co-exist on this website in relative harmony so maybe you could just deal.

At the end of it, my occasional inability to put up with other people’s oversharing has infinitely more to do with my own moderate dissatisfaction and unwillingness to publicly admit this dissatisfaction, and less to do with how often my friends post pictures of their babies on Facebook.  I suspect this may be true for a lot of people.  So you go right ahead and keep putting up those pictures of little Violet.  I will continue to like them.

On Going to Graceland

We here at M&NM HQ are quite blessed to know many talented and hilarious writers.  Every so often we get worn out from Momming and Not-Momming around the city, and at times such as these, we, your humble blogrunners, footsore and baby-sticky, turn pleading hands toward our aforementioned fellows of the page and cry “Help!”

A few weeks ago I had the opportunity to work with some fifth-grade students who had been assigned the task of choosing an environment-themed song suitable for use in an Ira Glass-style radio piece. So naturally I was not going to let them have ALL the fun, I felt compelled to offer my opinion:

When it began they started back and said “ugh!” and “this is the music my DAD listens to!” but they agreed in the end, begrudgingly, that it was a pretty good song about the environment and that maybe we should consider using it in our radio piece.

And now that I think about this I realize that these fifth-grade students, these ten-year-old boys, probably don’t have fathers who were alive in Marvin Gaye’s heyday — that perhaps even their fathers remember their own fathers listening to “Mercy Mercy Me” — that perhaps someday they will hear that song and not think “ugh! this is the music my DAD listens to!” but think “oh. this is the music my dad used to listen to,” with all the unique cocktail of emotions that implies.

The currency of Mother’s Day and the rest of its kingdom of Hallmark Holidays is emotion, grand sweeping displays of it in ecru-colored cards with tasteful bouquets on the front that say in gold embossed script lettering “To God’s Gift to Motherhood”

The meat of our relationship with our parents comes in the vicissitudes of everyday life, and there’s not a whole lot of that going on in the greeting card racks of Target, nothing that can tell our parents “I remember how you used to listen to Marvin Gaye sometimes after dinner” or “the taste of Coffee Nips reminds me of you picking me up from soccer practice” or “waking up in a cold, dewy tent is my least favorite part of camping, but you’d wake up before us and make us hot chocolate and that made it easier to bear.”

Unfortunately for the purposes of this post, popular music is also more concerned with the beginnings of things (I can’t help falling in love with you! Going to the chapel and we’re going to get married!) and their endings, with love and death, than with anything even resembling what real human relationships actually are. (Which is, to my observation, much more about soccer practice and instant hot chocolate than about the Heartbreak Hotel.)

Fortunately there is one pop musician with the skill to combine the emotional force of pop music with a clear-eyed view of reality, and it is toward him that I would like to direct your attention today.

And if there’s one thing I’ve learned recently it’s that every mom was once a not-mom — that underneath the layers of our differing experiences there are experiences that are the same — that life, and love, is a lot less about can’t help falling in love and a lot more about the way they brush their hair from their forehead —

In Bed With Amy Wilson (link: inbedwithamywilson.blogspot.com ) is a blog about pop music and matters related to pop music — in other words, a blog about everything.